The new nightly release (0.3.31) of the new cross platform PnP.PowerShell has brought the ability to use batching. Creating hundreds of list items in a few seconds is now possible rather than having to execute each command individually to your SharePoint online site.

PnP.PowerShell is the new PnP PowerShell that is currently being built and will be released in Q1 2021. It is still being developed and is not production ready yet. It will replace the old SharePointPnPPowerShellOnline PowerShell module that only runs on Windows.

PnP.PowerShell is cross platform (Windows, Unix, Mac, Linux etc) and runs on PowerShell 7. Todd klindt has some good instructions on how to install it in a blog post here.

Currently batching only works for the commands Add-PnPListItem and Set-PnPListItem but I imagine it will be extended to other PnP.PowerShell commands.

I will show below two examples using Add-PnPListItem below, one using the new batching functionality and one not using batching.

You can see below the script I used to test the new batching functionality. I created a Batch variable using New-PnPBatch. Then added 100 List items using Add-PnPListItem and instead of committing them directly to the SharePoint online site I sent them (offline) to the $batch variable using the -Batch parameter. Then finally the batch is sent to SharePoint online altogether at the end of the script by using Invoke-PnPBatch.

The PnP.PowerShell PowerShell commandlets make use of REST API behind the scenes to communicate with SharePoint online and add the list items. I used Fiddler to do a network trace and view all the requests. You can see in the screenshot below that PnP.PowerShell groups all the commands into a handful of /_api/$batch requests and its takes seconds with very small amount of total requests.

You can now see below in Fiddler that 400+ REST API Requests were sent from PowerShell to SharePoint online and there were too many requests to include in one screenshot! There was lots of network traffic and each request took a notable amount of time which all added up.

I can imagine that this new batching functionality in PnP.PowerShell will help you considerably with time and traffic savings from batching. Imagine the time savings adding 1000+ items altogether as one in a batch in comparison to waiting for 1000 Add-PnPListItem commands to write directly to SharePoint online and execute one by one.

I believe batching will help with avoiding SharePoint Online throttling due to it cutting down the number & frequency of requests . The guidance for avoiding throttling mentions “Reduce the number of operations per request” so all the operations in your batch may trigger this but the guidance also mentions “Reducing the frequency of calls” so batching will definitely help with this.

I’m excited for the release of PnP.PowerShell and seeing the other innovations like this that have taken place.

The Power of the Term Store with SharePoint Syntex 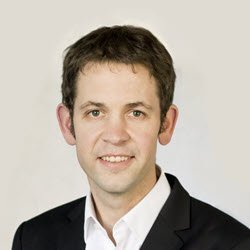